Specialised in ASI. Director of the Orthopaedic Clinic for the Large Joints at the Athens Medical Center

Ioannis Tsarouhas was born in Karditsa, in 1963.
He is married and father of two children.

From 2013 until today working at the Athens Medical Center as Director of the Orthopaedic Clinic for the Large Joints.

Having graduated from the Medical School he was specialized in Orthopaedics at the University Clinic of a central hospital in Athens – Center for Rehabilitation of Trauma Patients. After acquiring the title of specialized orthopaedic, he continued working in the same clinic for two more years as a scientific associate.

He finished his doctoral thesis at the University of Athens in 1999.

From 1999 to 2013 he worked at the Henri Dunant Hospital, where during the last few years, he directed an Orthopaedics Clinic. 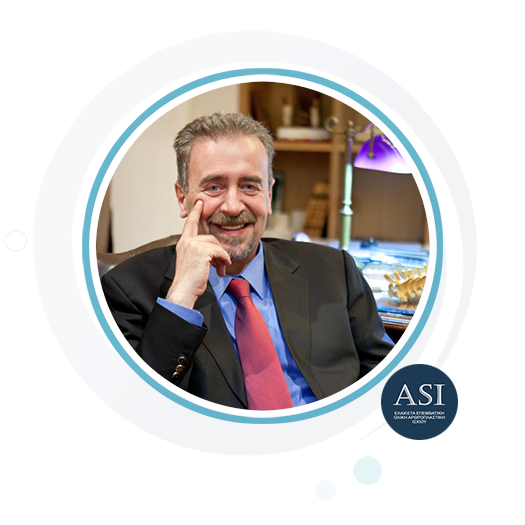 His expertise extends over a wide range of orthopaedic problems, including sports injuries. His special field is osteoarthritis of hip and knee and the revision of arthroplasties.

To this day he has performed a large number of operations and he is up to date in all matters relating to surgical techniques and interventions.

to guide you about your condition, to choose the best possible treatment for it.

We use cookies on our website to give you the most relevant experience by remembering your preferences and repeat visits. By clicking “Accept”, you consent to the use of ALL the cookies.
Cookie settingsACCEPT
Manage consent

This website uses cookies to improve your experience while you navigate through the website. Out of these, the cookies that are categorized as necessary are stored on your browser as they are essential for the working of basic functionalities of the website. We also use third-party cookies that help us analyze and understand how you use this website. These cookies will be stored in your browser only with your consent. You also have the option to opt-out of these cookies. But opting out of some of these cookies may affect your browsing experience.
Necessary Always Enabled

Any cookies that may not be particularly necessary for the website to function and is used specifically to collect user personal data via analytics, ads, other embedded contents are termed as non-necessary cookies. It is mandatory to procure user consent prior to running these cookies on your website.